PHILOSOPHY IN THE BOUDOIR
by Marquis de Sade

This acclaimed production of experimental Brazilian theater company Os Satyros is based on the novel written by the Marquis de Sade. It is a unique theatrical experience and it has consistently been performed for the past ten years with record attendance. Os Satyros’s “Philosophy in the Boudoir” is part of the Sade Trilogy, with “120 Days of Sodom” and “Justine”. Set in a bedroom, two libertines (Juliette and Dolmancé) host a young virgin girl (Eugénie). They introduce her to the Libertine philosophical system, while presenting her to the exquisite pleasures of the flesh. Her mother, Madame de Mistival, is a conservative religious woman and decides to rescue her child, unaware of the fate reserved for her by the libertines.

Os Satyros
Founded in 1989, Os Satyros is among the most important Brazilian theater companies. After years in Europe, Os Satyros returned to Brazil in 2000 and opened its venue in Praça Roosevelt.
Praça Roosevelt, Sao Paulo downtown region, was in the past an upscale part of the city, but it became decadent and the home and workplace of socially neglected individuals, prostitutes, transvestites and drug dealers. Due to Satyros’s revitalization work, incorporating these individuals in the artistic activities, this area became the most important alternative cultural scene in the city, crowded with other theaters and bars. This process is considered to be the most remarkable examples of cultural intervention with urbanistic impact in the largest Brazilian metropolis ever. In 2005 the company presented German writer Dea Loher’s A Vida na Praca Roosevelt (based on the inhabitants of the square). It was awarded the prestigious Beckett prize in Germany. The company has shown its work in major festivals in Brazil, Latin America and Europe. Os Satyros have been awarded the most important theater awards in the country(Premio Shell,APCA) and is considered by theater scholars one of the most relevant and innovative Latin American companies of all times.

Marquis de Sade
Born in 1740, the Marquis de Sade is considered to be one of the most radical writers in the history of literature. Taking part in the process of the French Revolution, the Marquis de Sade lived most of his life imprisoned. The Marquis de Sade, in his works, proposes a systematic inquiry of philosophy, sex, morals, laws and politics in radical terms. Many intellectuals, from Lacan to Adorno, from Susan Sontag to Camille Paglia discussed his literature under many different aspects. His deep influence in some of the most important modern artists is outstanding; as in Pasolini, Buñuel, Artaud and the surrealists. The text “Yet another Effort, Frenchmen, If You Would Become Republicans” (which is part of “Philosophy in the Boudoir”) is one of the most impressive Cynic manifestos in History. Living over 40 years of his life in the asylum of Charenton, he died in 1814.

The performance
First performed in 1990, “Philosophy in the Boudoir” became an immediate scandal, causing lots of debates in the Brazilian press. Throughout the years, the show was performed in several countries, with the same kind of reaction. In the Edinburgh Fringe Festival, it was considered to be, among over 1.000 shows, “the scandal of the Festival” by the Scotsman and had excellent reviews in all the British newspapers. In Ukraine, it was cancelled due to censorship, after the 3rd performance.

“Philosophy in the Boudoir is a pièce de resistence, it has been presented since 1990 in England, Scotland, The Ukraine, France, Portugal, Bolivia and Brazil.
The performance is based on Marquis de Sade´s oeuvre. It
means that the main themes and aesthetics of the great Marquis (free
expression of our impulses, radical violence, desire, selfishness,
naked bodies) are present on stage.

Os Satyros believe the performance is very pertinent to the times we are living worldwide, in which fear, conservative traditionalism and radical religious fanaticism are taking control of our lives and attitudes. Sade’s text is as fresh as ever.

The Performance in Los Angeles
Thanks to the association with Combined Artform / Theatre Asylum, who bravely embraced the production, Philosophy in the Boudoir will be the American debut of Os Satyros.

DISCLAIMER: This show contains frontal nudity, sex, scatology and blasphemy. Sade’s text is not palatable. Not recommended for hypersensitive individuals

DISCLAIMER: This show contains frontal nudity, sex, scatology and blasphemy. Sade’s text is not palatable. Not recommended for hypersensitive individuals 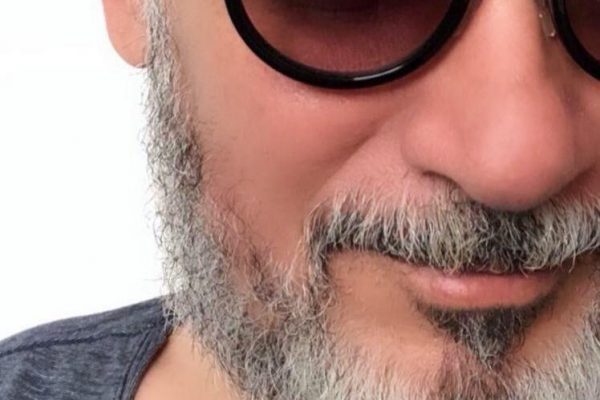