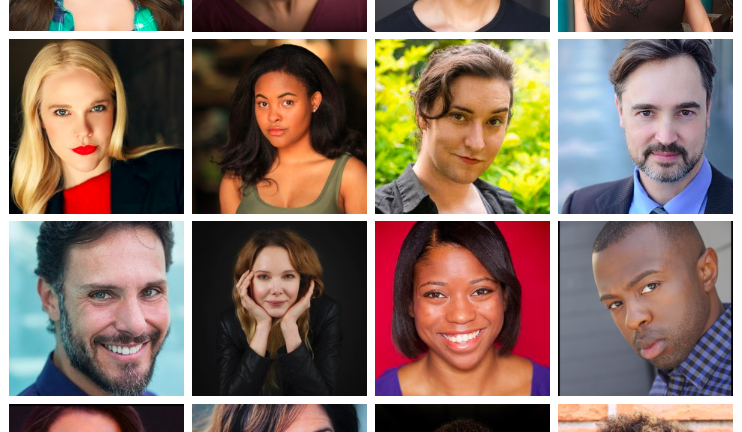 “The Art of Facing Fear”

Produced by Company of Angels and Rob Lecrone,

in co-production with Os Satyros (Brazil) and Darling Desperados (Sweden)

THE ART OF FACING FEAR

International Digital Play, The Art of Facing Fear, comes to the United States with an all-new American Cast

What happens when an experimental theatre group known for innovative use of technology finds themselves in a worldwide pandemic limiting their ability to work with each other and audiences in person? They develop a production designed specifically to push the boundaries of how we connect with digital theatre, and then they build a new community of international artists.

Opening in São Paulo, Brazil to audiences of as many as 600 viewing devices per night, and followed by an African/European run featuring a cast from three different continents, The Art of Facing Fear arrives in the United States Saturday, September 5th and runs through Sunday, September 27th. This U.S. production features a cast of actors performing from across the U.S., including California, New York, Oregon, Nevada, Georgia, and Alaska.

With each production, The Art of Facing Fear has grown to include new artists and audiences. The large and diverse United States cast joins the Brazilian and African/European versions as part of an expansive international family. What started in Brazil has grown into a movement that includes 10 countries. New performers and audiences from the world over continue to unite to face the fear of our current world situation, and each version of The Art of Facing Fear tailors the script and new devised work to the countries in which it is performed, pushing the boundaries of digital theatre.

The Art of Facing Fear is written by Ivam Cabral and Rodolfo García Vázquez, founders of São Paulo’s experimental theatre group, Os Satyros and is directed by Vázquez. Because of the unique aspects of digital theatre both will remain on the American project, and Vázquez has directed all three productions of the piece to date.

“We don’t know each other, but somehow our humanity in this pandemic makes us all very close to each other. There is a feeling of the human community and that we all belong to the same race and we are experiencing versions of the same thing right now,” director Vázquez said during the first rehearsal with the U.S. team, speaking to the reactions from audience members in the Brazilian and African/European post-performance talk-backs.

Box office (sales close an hour before the show): http://www.companyofangels.org/aoff

Zoom link for each performance will be emailed a half hour before the show.

Praise for previous productions of The Art of Facing Fear:

“With The Art of Facing Fear, we see the world in all its charm, its colour, its diversity, its vagaries, its shared weakness and hope. But more than these, we get a glimpse of a world badly in need of healing.” – The Daily Report, Nigeria

“Here, the opportunities and limitations that technology offers are utilized to reveal a potential that can be magnificent. For that I want to give “The Art of Facing Fear” a standing ovation…” – Expressions , Sweden

Os Satyros is a Brazilian theatre company founded in 1989 by Ivam Cabral and Rodolfo García Vázquez. The company has produced over 100 plays which have been performed in more than 20 countries. They have also produced 2 fiction films. For over 10 years, Os Satyros has been researching the relationship between technology and theatre, with several of the company´s productions embracing the use of the internet, robots, apps and cell phones on stage. When the pandemic started, they decided to go into research on new possibilities for digital theatre using the Zoom app. 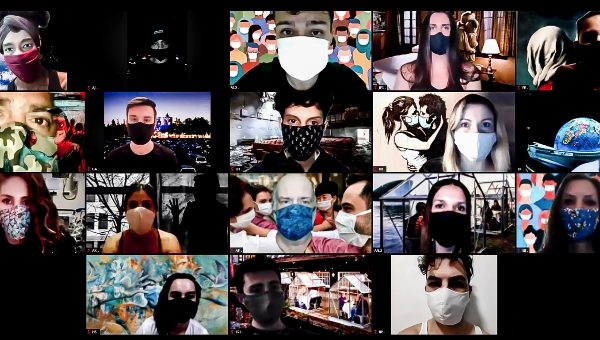