One Day Only
an Internationally-Produced LIVE virtual play with

On Saturday, September 26, all three productions of The Art of Facing Fear come together at different times, from around the world, to perform their show live. Now’s your chance to see each of the three different versions of this revolutionary virtual play: Brazilian, African/European, and American. In addition, actors from each production will join the talk back of the other shows to answer your questions. This special event only highlights the power of this production as it has spread across the world, expanding the possibilities of digital theatre with the message of The Art of Facing Fear. This is not a Zoom reading, but a fully realized production.

Opening in São Paulo, Brazil as A Arte de Encarar o Medo to audiences of as many as 600 viewing devices per night, and followed by an African/European run featuring a cast from three different continents, The Art of Facing Fear enjoyed its United States opening the first weekend in September. With each production, The Art of Facing Fear has grown to include new artists and audiences. What started in Brazil has grown into a movement that includes 10 countries. New performers and audiences from the world over continue to unite to face the fears of our current world situation, and each version of The Art of Facing Fear tailors the script and new devised work to the countries in which it is performed.

The African/European version, after ending its run in August, rejoins the currently-running productions of Brazil’s A Arte de Encarar o Medo, and United States’ The Art of Facing Fear for a one-day special event on Saturday, September 26.

BACKGROUND INFORMATION
The Art of Facing Fear, a one-hour virtual play, is a wildly surreal and cathartic experience inspired by our current world situation. In a possible not-too-distant dystopian future, with the quarantine at 5,555 days, a diverse ensemble of individuals deal with the stress and fear of being confined to home during this time of pandemic. The main themes of the performance are the effects of the Corona virus on everyday lives, as well as an encroaching authoritarianism and intolerance which threatens our life, liberty, and identity as free people of the world. Amidst all this is hope.

The Art of Facing Fear is written by Ivam Cabral and Rodolfo García Vázquez, founders of São Paulo’s experimental theatre group, Os Satyros. Vázquez has directed all three productions of the piece to date. 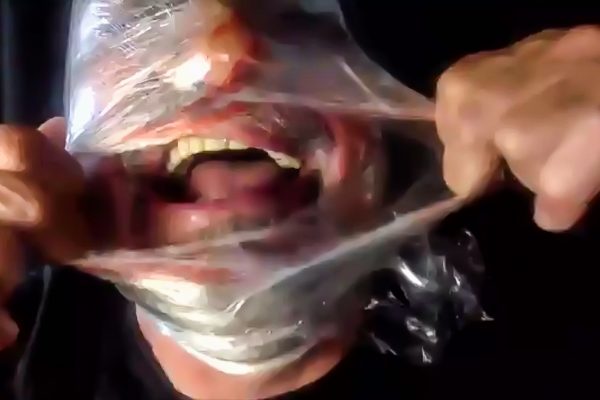