Durban actress Philisiwe Twijnstra has been cast in The Art of Facing Fear, an international production for the digital play devised specifically for Zoom app. It will start on July 31. The project is an international cast with artists from three different continents: Europe (Sweden, England and Germany), Africa (Cape Verde, Nigeria, Senegal, South Africa and Zimbabwe) and South America (Brazil).

The text refers to a dystopian world after 5,555 days of quarantine due to a pandemic crisis. In this isolated world, many things are not available anymore for people. Despite the government absolute control on digital communication, they still have the chance to keep in contact to each other via internet.

At the end of the performance, artists and audience may gather and chat as an international community.

Os Satyros is a Brazilian theatre company founded in 1989, by Ivam Cabral and Rodolfo García Vázquez. It has produced over 100 plays performed in over 20 countries and 2 fiction films. It was also the founder of SP Escola de Teatro, a major pedagogical institution for stage arts in Brazil. The company has been researching the relation between technology and theatre for 10 years already. Several of the company´s productions have used internet, robots, apps and cell phones on stage. When the pandemic started, it decided to go into the research of new possibilities for digital theatre using the zoom app.

The first production of The Art Of Facing Fear had its premiere last June 13th in Brazil. Os Satyros started the rehearsals after the quarantine was established in Brazil. Rehearsals happened exclusively online and the actors were spread all over Brazil and abroad.

In the original production, the Swedish actress Ulrika Malmgren was a guest and took part in the whole process of devising from the zoom possibilities, from her home in Stockholm.

The African/European version of the play will bring together artists from nine different countries from three continents. The vast majority of the artists have never met physically and took part of digital rehearsals to devise the performance.

The idea is to establish the points in common among different national realities during the pandemic. What are the fears that took over mankind during this period globally? What are the effects of social intolerance and political extremism in the world today?

In a dystopian future, people try to reshape their own histories after the pandemic. During the 5,555 days of quarantine, isolated and afraid, they have created a group in Internet in which they connect to each other. This group of friends don’t understand how it’s still possible to have electric energy and web access because all the TV channels and newspapers were vanished and the cities were abandoned. The main themes are depression, loneliness, hatred, the fear of infection, the angst of nearing death and the sadness concerning  the intolerance and political extremism.

Born in Sao Paulo, director and playwright Rodolfo García Vázquez founded Os Satyros in 1989. Throughout his career, he directed theatre and film and performed in 20 countries. Among his main works, there are the Libertine Trilogy, based on Marquis de Sade (Philosophy in the Boudoir, 120 Days of Sodom and Justine), the People Trilogy(Perfect People, Sublime People and Mean People) and Roberto Zucco (by the French playwright Bernard-Marie Koltès).

He was also the artistic director for Interkunst, a German institution based in Berlin, for seven years. In this period, he directed artists from over 25 countries in different shows such Instant Acts gegen Gewalt und Rassismus.

He has also developed research on technology and theatre, with a Master about Cyborg theatre and telepresence.

Playwright Ivam Cabral is a psychoanalysis student, an actor and a playwright who has dedicated his career to the stages. Doctor in Drama by São Paulo University, he is the co-founder of Os Satyros Theater Company. As an actor and playwright he won the most important Brazilian theater prizes and performed in more than 20 countries, in four continents: America, Europe, Africa and Asia. He is also the Executive Director in SP Escola de Teatro – Theater Formation Center.

For more information contact Clara Vaughan at The Market Theatre Laboratory in Johannesburg on 072 433 4311 or email: clara@marketlab.co.za 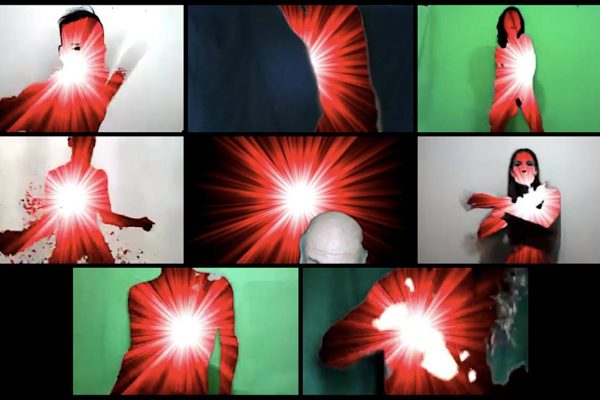