Last month I was in Sao Paulo to research a piece for this newspaper on Brazilian theatre. Before you get any wrong ideas about The Stage’s expenses policy, I’d better add that I’d also been invited to talk at a conference on scenography there, which covered the fare. The conference took place in the Escola de Teatro, which deserves a story of its own. It’s a theatre school with a difference, as you’ll see.

It all began more than a decade ago, when the Brazilian theatre company Os Satyros returned after a long period of exile in Lisbon. Looking for a cheap area in which to set up a theatre, they found Roosevelt Square, home to drug dealers, prostitutes and transvestites – a dangerous spot, but one close to more upmarket parts of the city. So successful was their residence that other groups soon followed, and today Roosevelt Square has been cleaned up and redeveloped. In the street fronting it are eight theatres, a number of trendy bars – and the Escola.

The founders of Os Satyros, Ivam Cabral and Rodolfo Garcia Vazquez, did not drive out the area’s less salubrious inhabitants. Rather, they and the other theatre groups who joined them sought to include them in their orbit. This attitude attracted the attention of the then State Governor, Jose Serra, who offered finance to set up a training school that might feed Sao Paulo’s growing number of  theatres.

Planning began in 2005, with the involvement of many leading figures in the local theatre scene. Technical training was to be as important as acting, and the school should be open to as wide a constituency as possible.In 2010 the school opened in temporary premises, a former primary school in a nearby suburb. There were nearly 2000 applications for the first 200 places. In 2012 the school moved into its Roosevelt Square headquarters, a building of eleven floors, including a theatre and three large rehearsal studios, plus an impressive library and a ground floor social area where the students can hang out.  The receptionists are all drawn from the local transvestite community.

The eight two year courses cover acting, direction, dramaturgy, playwriting, set and costume design, lighting, sound, stage techniques and – perhaps surprisingly – comedy. The students work together on projects divided into four modules, each devoted to a particular kind of staging, using the school’s four working spaces. The emphasis is very much on practical work: the idea of a course which develops incrementally is replaced by an emphasis on project-by-project team experience – if a student drops out from one of the modules, they are immediately replaced by someone from the school’s large waiting list.

The success of the school can be seen from the high employment rate of its alumni – most walk straight into jobs. There is a huge need, in particular, for trained technicians in Sao Paulo’s burgeoning theatre scene.

The most fascinating aspect of the school is the breadth of its students: any school leaver is welcome to apply, rich or poor. Their application will be rigorously examined, and short-listed students will go through an intensive series of auditions. Those from poor backgrounds will not only have their fees paid. They can also apply for the school’s Kairos (opportunity) grants, which give them the equivalent of a minimum wage. In some cases the student may be supporting an entire favela family on that grant. The school expects a return on its investment, and Kairos students will be earning back their assistance by work that will vary from sweeping floors to reading scripts.

Whatever their origins, some Scola graduates will go on to more formal university-based study, but a good number will be on stage or backstage as soon as they leave, having been taught by a very experienced staff. The school is already finding international links, with other schools such as the Academy in Stockholm, and placing interns as far away as La Scala, Milan. I’m sure they’d be glad to talk to British schools wanting to widen their outlook. 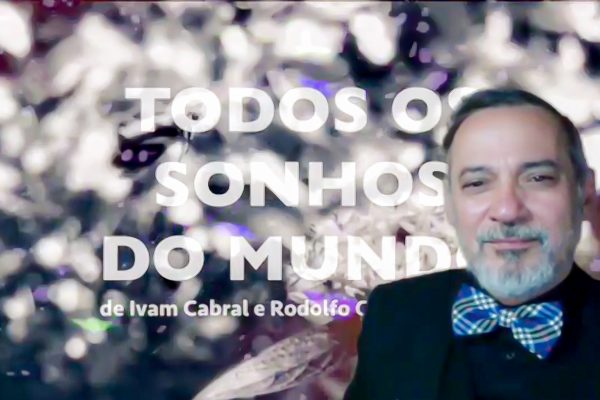